Honoring LOVE via Leo Buscaglia and Music via Stephen Sondheim at 90 in 2020. 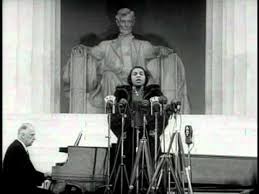 Marian Anderson in recital in the 1930’s at Lincoln Memorial. 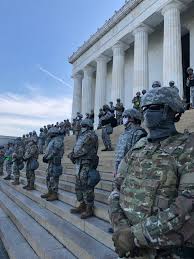 Marian Anderson in recital in the 1930’s at Lincoln Memorial and today with militias.

Last week I received an update from Leo Buscaglia’s aptly named Felice Foundation. Leo turned down our initial request for support for SACCO&VANZETTI. Disheartened but nor defeated, I wrote back. In a few weeks his donation arrived in the mail. Especially poignant as this year is the Centennial of the arrest of SACCO&VANZETTI (1920-2020) whom we are remembering via cyber outreach.

Stephen Sondheim also turned 90 this year. We honor him as he recognized other artists with his support. When I first asked him he turned me down. A second time I received his letter with a check. Over time he donated signed copies of his CD’s which became raffle gifts. We began a multi-year correspondence. Thus began years of support.

“Begging for Bucks” was a memorable Arts Journal headline that I never forgot. Many times there is no response. Others give once, many have all made a difference in my life large or small. Especially these days during COVID 19. Love always makes a difference.

DONATE TODAY VIA THIS LINK TO BRIGHTEN OUR FORECAST TOO:
ART & POLITICS FROM MARIAN ANDERSON TO THE ARMED TROOPS AT THE LINCOLN MEMORIAL Century 20 and Century 21.

Honoring LOVE via Leo Buscaglia and Music via Stephen Sondheim at 90 in 2020.

This site uses Akismet to reduce spam. Learn how your comment data is processed.